Adesanya Wants to Use Halberg to Inspire Young Fighters 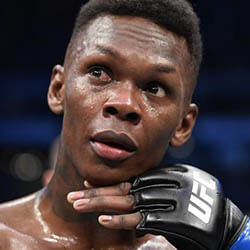 Israel Adesanya is the new World Champion Mixed Martial Arts fighter and is enjoying his introduction into the world of elite athletes in New Zealand. He’s never heard of the Halberg Awards but is pleased as punch that he’s been nominated for Sportsman of the Year at them, and has said he hopes to win so that he can show up-and-coming fighters that this sport is on a par with Cricket and Rugby in this country.

Adesanya made waves in 2019 after becoming the undisputed Middleweight Champion at the Ultimate Fighting Championship. It’s the first time that MMA has made a showing at the prestigious Halbergs, honours named for Long-Distance Runner Sir Murray Gordon Halberg ONZ MBE. Adesanya’s trainer, Eugene Bareman, has also been recommended for a Halberg, for Coach of the Year.

Adesanya spoke of how often combat sports and the athletes successful within this field are often snubbed, mentioning Boxer David Tua specifically. He spoke of people fearing what they don’t understand and how he hopes to change this attitude. Adesanya said that New Zealand is carving quite the reputation for itself when it comes to the MMA and that he’s noticing that people from all over the world are coming out to this country to train.

The fighter says that he wants to win the award so that he can prove to young fighters that this sport is on par with more well-known ones. He said that whatever fighting style is highlighted, be it Jiu-Jitsu, Kickboxing, or Boxing, shining a light on it can only be a good thing.