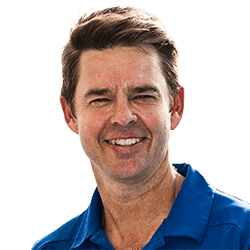 Aussie tennis legend Todd Woodbridge has referred to the Davis Cup as a “disgrace”. Woodbridge’s comments came following drama surrounding a controversial decision over which country will be replacing Russia in this year’s finals.

Following the recent expulsion of Russia after the country’s invasion of Ukraine, the decision was made to extend a wild-card entry to Canada into the finals. Even though Canada recently lost 5-0 to the Netherlands, they’ve remained the highest-ranked losing nation. This was supposedly what had led to the International Tennis Federation’s (ATF) decision.

Fans and pundits, however, are of the opinion that instead of Canada, a nation that had won a World Group 1 qualification round should have been given the opportunity to compete.

Woodbridge was himself a two-time winner of the tournament. He claimed victory in 1999 and 2003.

But the Davis Cup is no longer the prestigious event it once was. After the contest was purchased by Kosmos Tennis in 2018, it underwent several fundamental changes in 2019. Whereas home and away ties were previously played all throughout the year, finals now take place at central locations as part of a round robin group stage format.

Australia had qualified to the finals following a 3-2 win over Hungary. And Hamburg, Glasgow, Bologna, and Malaga will all host four-team round robins in September. The Davis Cup knockouts will be staged in November in a different city.

Woodbridge said the way things are going with the event right now, it probably won’t survive the next five years.