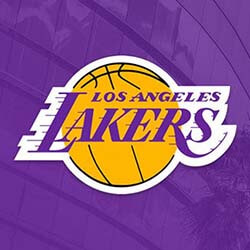 Times are anything but peachy for LeBron James and the Los Angeles Lakers right now.

LA’s tedious and ongoing slump continued on Sunday night as home fans booed LeBron & Co. in Los Angeles – this after Brandon Ingram, Jonas Valanciunas, and CJ McCollum helped the New Orleans Pelicans to a rolling victory of 123-95 at Crypto.com Arena.

Fans wasted no time voicing their disappointment with boos that lasted the biggest part of the second half.

When asked whether he would be taking the boos home with him after the game, Russell Westbrook replied by saying that if the crowd wanted to boo, then that was their business. He said he didn’t consider booing to be something the team had to deal with actively right now.

But for LA, the 28-point margin of loss was the largest yet in the history of the franchise against the Pelicans.

On game night, CJ McCollum did his bit for the Pelicans by scoring 22 points, followed by 19 points apiece by Brandon Ingram and Jonas Valanciunas. This means McCollum now has a cool 6 straight 20-point games under his belt, with 28 points averaged across his seven games with the Pelicans since joining them at the trade deadline.

For the Lakers, it had been King James leading the way with 32 points, to which Westbrook added 16 more.