Russia To Host Despite Doping Scandal 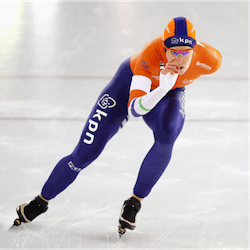 The European Speed Skating Championships has been organised and administrated by the International Skating Union since 1893 (men’s division) and 1970 (women’s division).  As such, the tournament has a rich and diverse history and heritage and integrity has been at the forefront of the event for as long as it is old.  Quite frankly, it would not have survived for as long as it has had the situation been any different.

The decision by the ISU that Russia would be permitted to continue to host the 2018 European Speed Skating Championships despite their ongoing involvement in what has been described as a systematic manipulation of anti-doping systems came as a surprise to many, but then again, the tournament kicks off on January 5th, making it near impossible to move an event of its magnitude.

ISU has done their bit to ensure that the tournament is orchestrated with fairness in mind by putting a number of systems in place to guarantee that Russia has little to no contact with any anti-doping system or sample at the event.

The announcement was made on the same day that the International Skating Union announced that it would be moving the World Cup Speed Skating Final, scheduled for March 10th to March 12th, away from the planned location in Chelyabinsk, Russia.  The ISU said that an alternative location that would be suitable for the event would be announced soon.

The International Olympic Commitee has recommended to winter bodies that no further winter events were to be allocated to Russia and that alternative arrangements had to be made regarding locations.  A final decision has not yet been made concerning Tyumen and the hosting of the 2021 IBU World Championships.

Russia has really been caught in the thick of it and the names and details of 31 Russian athletes have been sent to the IBU by the World Anti-Doping Agency in connection with an investigation into allegations concerning the manipulation and tampering of test kit samples at major events.  Shockingly, this includes samples taken at the 2014 Winter Olympic Games that were held in Sochi.

When talking Olympics, one begins to understand the weight of the decision taken by the IBU.