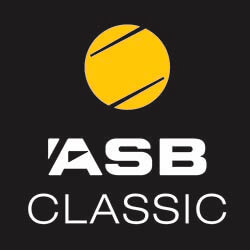 ASB organisers have announced that the 2022 tournament will not be taking place. This comes as a result of ongoing COVID-19 restrictions and health concerns. This is the second year in a row that it has been cancelled. At the end of last year, the 2021 tournament was cancelled as a result of the COVID-19 pandemic.

Adding to the tournament’s strain is the fact that tournament director Karl Budge had announced that he will be stepping down after nine years. Four months after the announcement and a replacement is yet to be named.

Most international tennis tournaments are back on track following COVID-19 restrictions last year. ABS organisers had been looking for ways to make the tournament possible, however, immigration requirements for the athletes, their teams and other stakeholders have proven to be difficult.

While the Tennis Auckland board is disappointed by this but believes that tennis in New Zealand will survive this. They are actively looking for ways to ensure that tennis fans remain entertained by alternative sports events. The team will continue looking into ways to make the 2023 event possible.

Serena Williams and Ugo Humbert had won the 2020 ASB Classic and are the reigning champions. Some of the world’s top players were lined up to compete this year, however, COVID-19 quickly put an end to it all.

There had been talks of hosting the tournament in a bubble, however, New Zealand’s government did not approve this plan. ASB’s organisers are disappointed that yet another tournament had to be cancelled, but the safety of all involved remains a priority.