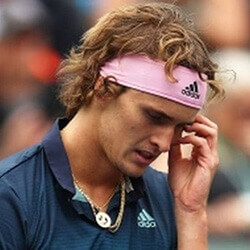 Alexander Zverev and Anastasija Sevastova have become the latest players at the Indian wells to be forced out of the third round due to illness. Serena Williams was forced to retired from her third round match, stating that she was feeling fatigue and dizziness. Just a day later, Sevastova pulled out while 5-0 behind Anett Konteveit with the WTA, explaining that she was suffering from a viral illness.

Zverev, who is a men’s third seeded, said that he had contracted the virus himself after he lost to Jan-Lennard Struff. Zverev was also beaten 6-3 6-1 by Struff, who is currently world number 55. Adding to his statement, Zverev said that he had been feeling sick for a week after not having changed, and that he is going to focus on getting healthy and recovering so that he can prepare for the tournament in Miami, because he believes it’s one where he can do well.

Elsewhere, defending champion Naomi Osaka advanced to the fourth round after besting American Danielle Collins. The world number one Japanese player had her serve broken early into the game but managed to recover, hitting a total of 29 winners for a 6-4 6-2 victory. Osaka will be playing Belinda Bencic next after the Swiss player beat Ekaterina Alexandrova 6-2 6-2.

American Venus Williams has also progressed thanks to a 6-2 7-5 victory over qualifier Christina McHale. The 38 year old beat Petra Kvitova in her last round after a double break down.