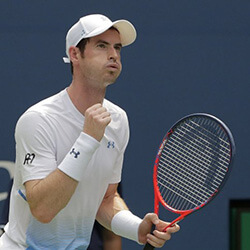 Andy Murray has ruled out the chance of playing singles at the US Open, saying that it could take up to 18 months until he was feeling well enough to head back into a singles match. The 32-year-old Scottish player has hinted that his successful hip surgery, along with his recent entry into the doubles at Wimbledon could mean that he could make an appearance at the season’s final Grand Slam event that will take place at the end of the year.

Despite reaching the third round with Serena Williams for the mixed doubles, the former world number one has stated that he would be returning to New York for singles where he won his very first Slam back in 2012. Talking about his decision, he told reporters that he felt that it’s unlikely in terms of timing, and that a lot of stuff needs to first be done physically and to get himself stronger. Murray’s rankings on the world roster have dropped significantly in recent years, and he is now sitting at 227th in the world.