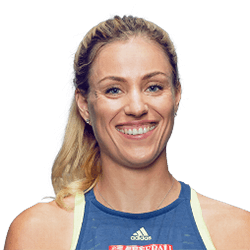 Former world number one Angelique Kerber has been defeated by unseeded Hsieh Su-wei 5-7 6-4 6-0 during the last 16 while playing at the Dubai Championships. Hsieh, world number 31, famously beat Simona Halep at Wimbledon in 2018, and won 12 of her last 13 points against Kerber, forcing the reigning SW19 out of the Championships in a game that lasted one hour and 44 minutes.

The 33 year old Taiwanese player is not set to take on fourth seeded Karolina Pliskova, who recently claimed victory over Alison Riske 7-6 (7-3) 7-6 (7-5). Third seeded Halep beat Lesia Tsurenko 6-3 7-5 and has advanced to the final eight of the tournament. The 2015 winner, and third seed in this year’s event, won the first set in just over half an hour, and despite losing her nerve during the ninth game of the second, went on to win her next three games. She is now preparing to face 21 year old Swiss Belinda Bencic, who also beat eighth seeded Aryna Sabalenka 6-4 2-6 7-6 (9-7).

Current world number one Naomi Osaka, the reigning champions of both the US and Australian Open, lost during round two to Kristina Mladenovic of France. Second seeded Petra Kvitova was defeated in her second set 6-1 to American qualifier Jennifer Brady, but went on to win the decider 6-3, finishing the game in 2 hours and 12 minutes. Pliskova managed to save two set points in the second against Riske.