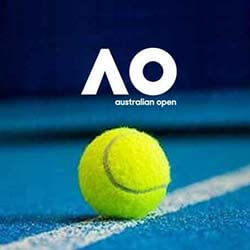 With the 2022 Australian Open now less than a week away, fans have been informed that crowds will be capped at 50 per cent capacity following a new surge in infections.

Tickets already sold will be honored, confirmed a spokesperson for the Victorian government. Ground pass access will also remain unchanged. However, sessions not yet sold to more than half of the usual capacity will be limited.

According to government’s statement, all fans and support staff will be required to wear their face masks at all times. The only exception will be when eating and drinking. The event will be hosted in accordance with Victoria State’s current health and safety mandates, confirmed the statement.

Further measures include a limit of one person per every two square meters for all activities related to indoor dining and hospitality, as well as the installation of HEPA filters following an assessment of the venue. This will be done so as to improve ventilation for indoor areas.

The safety protocols are intended to protect fans, players, and support staff attending this year’s Grand Slam event, said Jaala Pulford, who is the acting minister for tourism, sport, and major events. Jaala said owing to the measures, fans can now look forward to a safe event as they enjoy the country’s event capital.

Last year’s competition was also played in front of a limited number of fans.