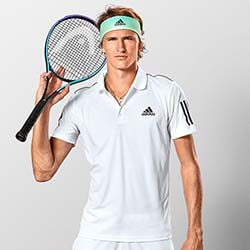 The Association of Tennis Professionals (ATP) this week announced that it has launched a formal investigation into allegations of domestic abuse made against Alexander Zverev.

The Olympic champion’s troubles began when former girlfriend and junior player Olga Sharypova accused him of a series of domestic assaults. According to an interview with a prominent online American magazine, Sharypova said Zverev had punched her repeatedly in the couple’s hotel room during the 2019 Shanghai Masters.

While the ATP had attracted heavy criticism for its perceived lack of action in response to the allegations, the organisation has now confirmed that it will indeed be investigating the incident in Shanghai. The organisation also reiterated once again its condemnation of any form of violence and abuse, and said it would investigate the incident because of the fact that it allegedly took place at an ATP tournament.

Commenting on the allegations this week, ATP chief executive Massimo Calvelli said the allegations brought against Zverev are of a dire and serious nature, and that the organisation regards an investigation to be the due and proper step given the circumstances. He also said the ATP hoped its inquiry would help to establish what had actually happened at the hotel as well as to determine whether any consequent action would be necessary and appropriate.

But Zverev isn’t the only ATP player currently facing allegations of domestic abuse. Currently embroiled in a domestic abuse court case is world No. 36 Nikoloz Basilashvili, who faces similar charges to those brought against Zverev.