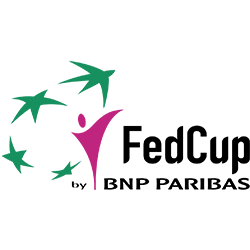 Great Britain are preparing to take on Kazakhstan at home for the Fed Cup World Group II play-offs that are set to take place in April later this year.

The event marks the fifth time in eight years that the British team have reached this stage, but it’s the first time that they have been able to land a home as they look to reach the World Group for the first time in over twenty years, with their last World Group appearance in 1993.

Britain’s number two is Katie Boulter, who is currently ranked at 13 places above her opponent Zarina Diyas. Putintseva had reached the French Open quarter finals a total of two times in the last three years, but captain of Great Britain, Anna Keothavong has chosen not to play the tie match on clay. Konta and Johanna have remained unstoppable so far in the Fed Cup, and have been pushing their nation further into the event almost unopposed, and now Great Britain are just one victory away from the World Group stage.