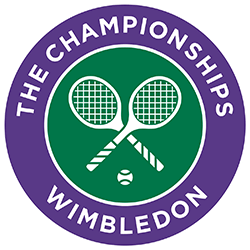 Following a match between South African Kevin Anderson and American John Isner, there have been calls for a change to the way in which a fifth set is determined by officials. The South African managed a win over Roger Federer during the quarterfinals, which was a lengthy and thrilling match for the spectators, and went on to match up against John Isner in a six hour game, in which Anderson emerged victorious.

Bur some have criticized the way in which the sets are managed, saying that Isner lost due to the sheer exhaustion of playing so many matches in a row without enough time to rest and unwind. The rules at the moment state that a fifth set cannot be decided by a tiebreaker when played at Wimbledon. Instead, players are required to play until one of them manages to get two games ahead of the other.

Anderson played two of these kinds of matches, with the first against Federer and the second against Isner, with the latter lasting a total of 6 hours and 36 minutes in total. These matches were part of the games played in the final week of Wimbledon, and the last set alone was marked as the longest single-day match in the history of the tournament.

The rule, which may come into effect at next year’s Wimbledon, would be called the Anderson Rule, and would disallow matches to last hours at a time, giving players the chance to recuperate.