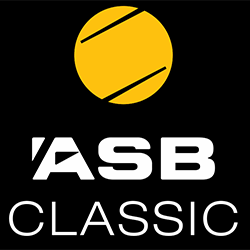 Next year’s ASB Classic could be the last one that Caroline Wozniacki takes part in, according to tournament director Karl Budge. The director announced the full field recently, confirming that Wozniacki would be playing along with other previous grand slam winners, including Svetlana Kuznetsova, and Jelena Ostapenko. They will be joining up with players such as Serena Williams, Coco Gauff, and Bianca Andreescu in an otherwise impressive line up.

29 year old Wozniacki has been considering retiring permanently from the sport as she continues to deal with her rheumatoid arthritis. Her brother Frank told reporters earlier in the month that she would be taking part in both Auckland and the Australian Open, but he wasn’t sure if she would continue to play once those events had come to an end.  2020 marks the sixth year in a row that the player will be starting her season campaign by playing in Auckland. Along with Venus Williams, Wozniacki was the player that helped make the Classic a more popular event, and that her commitment helped encourage other players to come to New Zealand’s events.

Williams will be heading to Brisbane next year, with the 39 year old hoping to go into higher levels of the WTA tournament where more ranking points will be available. Despite wins in Wimbledon in 2018, the player has had a more difficult season this year after she fell out in the first rounds at three grand slams, with her global rank falling to 45.