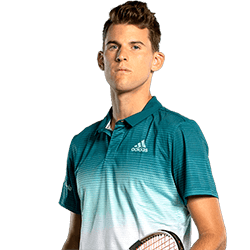 Dominic Thiem has ended Roger Federer’s chance for a record sixth Indian Wells victory thanks to a three set very in the final that was played in California. The Austrian, who is seven seeded, fought hard to beat his veteran opponent 3-6 6-3 7-5. Swiss player Federer, who is a 20 time Grand Slam title, managed to convert only two of the 11 break points, and made 32 unforced errors as compared to Thiem’s 25.

Thiem has now risen to fourth place in the world rankings after he secured his first title at a Masters 1000 event. Talking about his victory, Thiem stated that it felt unreal what had happened in the last 10 days, and that he came from bad from in all of the categories, and now he is the winner of the Indian Wells.

Federer lost last year’s final at the Indian Wells to Juan Martin del Potro, and put in effort to start off his latest game in strong form. He created an early break opportunity in Thiem’s first service game, and converted his fourth point at the opening for the set for a 2-0 lead. Thiem, who was competing in his third Masters 1000 final, forced the error out of the backhand from Federer and got back on serve, but the Swiss player kept the pressure on throughout. The Austrian finished off the game when Federer sent a return into the net, adding to the 70% total of his first serve points so far.