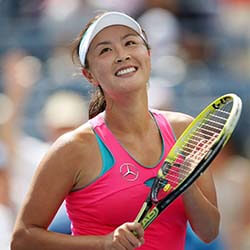 Chinese tennis star Peng Shuai had authorities running around in circles this week when she accused former vice-premier Zhang Gaoli of sexual assault. This is the first time any member of the ruling Communist Party has been named in a #MeToo scandal.

According to a post this week on social media, which post has now been deleted, Peng and Gaoli had previously carried on an extra-marital affair. She said Gaoli had eventually called time on the relationship once he started to rise through the ranks of the Communist Party, for fear that she would expose him. She however claims that Zhang then went on to sexually assault her at his home about three years ago.

Peng, a former top tennis player on the world rankings, said in her post that she accepted that she had no proof to back up her claims, but that even so, it had become a matter of principle for her to voice what had happened.

Even though Peng’s post was removed shortly after it went live, Chinese authorities have in the past taken action against government officials. Even so, nobody as senior as Zhang has ever been investigated – let alone brought into the public limelight.

A voice publicly sympathetic towards Peng has been that of Zhou Xiaoxuan, who in 2018 became the face of the #MeToo movement in China. This came after she accused the host of a state-owned television channel of sexual harassment. She said she fully sensed the absolute humiliation on Peng’s part.