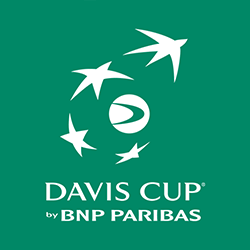 Davis Cup hosts France gave their audience members renewed vigour after they won the marathon doubles contest to keep the final event going strong. Croatia had been in the lead, and were set to take the trophy home after they won both of their single matches, and took a 2-0 lead in the best-of-five tie.

That ultimately forced France into needing to win the doubles match in order to keep the tie, and fortunately for the hosts, French Open doubles champions Nicolas Mahut and Pierre-Hughest Herbert were able to deliver despite a wobble halfway through the match. The French duo seemed to be having little trouble against Croatians Ivan Dodig and Mate Pavic after two sets and a break, only to become stuck in the third break.

The Croatian duo seemingly snatched two successive breaks out of nowhere and turned the game around for their opponents, forcing a fourth set. Mahut and Herbert had to save three more break points from the start of the fourth, and wasted three match points at 4-5, which allowed their contenders to fight back from 0-40 down.