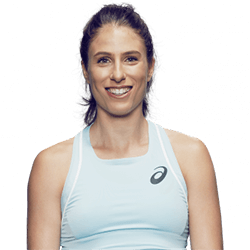 Johanna Konta, current number one for Great Britain, is hoping that she’ll be able to use more home crowd vigour that saw her return from the brink of collapse as the country prepares to seek promotion in the Fed Cup in their last tie.

The British side is ready to face Kazakhstan in a best of five play off that’s taking place at the Copper Box Arena in London. Konta and her squad-mates are hoping to put an end to the 26-year gap since Great Britain took place in a Group World II for the Fed Cup. It’s the fifth time in eight years that the country have reached the play-offs, and in every previous tie match has been played on foreign soil, and constant losses have seen them never reaching higher than the third tier of women’s team tennis.

This year, however, they have taken their place higher on the roster thanks to wins during February’s round robin event that took place in bath, which saw Konta fight off exhaustion and needing assistance by the end of the match after beating Serbia. Konta’s overall world ranking had dropped down to 46 from 23 in the last year, but she has since made some changes to her coaching team, and immediately started getting results, which was apparent from her performance in Bath.

Anne Keothavong, captain of the Great British team, has been named among the country’s top five players, with Konta and Katie Boulter not far behind.