Grigor Dimitrov Frustrated With His Comparison To Roger Federer 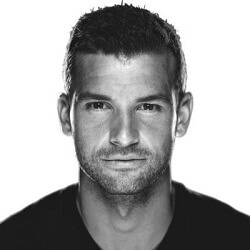 Grigor Dimitrov has told reporters that he’s become “tired” with people comparing his playing style to that of Swiss legend, Roger Federer. This comes not long before Real Madrid is set to start.

When Dimitrov first started out on the ATP Tour, he was quickly given the nickname, “Baby Fed” due to his style of play, which many believed was similar to that of Federer.

Dimitrov has since won the World Tours Finals, which took place in London last year, and has become the number 4 player in the world.

He will soon be taking part in the Real Madrid Open, and his first match will be against Canadian Milos Raonic.

Rafael Nadal is the favourite for sixth Madrid Open, and it will take some serious skill and persistence to beat the Spaniard.

He has since stated, “I am tired about this topic, I am tired of comparisons. This part of the past.:

Dimitrov has admitted, however, that much of his inspiration comes from Nadal, and that he looks forward to challenge of meeting and playing Nadal head on.

He added, “I love practising against him, I love playing matches. I think it’s great to have a have a reference like that to improve yourself. It pushes you to do better, You have to give 100 percent, and try to exploit his weakness,”