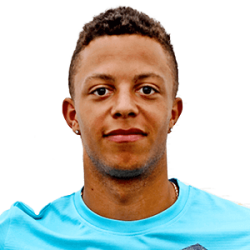 Great Britain’s James Ward and Jay Clarke both suffered defeats for the first qualifying round of the French Open. Number four in Great Britain Clarke served the match before his 19 year old opponent Alejandro Davidovich Fokina, ranked at 133 in the world, won the game with 2-5 7-6 6-1. Ward, who is ranked fifth in Britain and 169th in the world, lost to German Oscar Otte, 6-1 6-2 who 24 places higher on the leader boards.

Their losses means that Cameron Norrie, Dan Evans and Kyle Edmund are the only British men left in the main competition. English player Clark, who is 20 years old, made a strong start, breaking his opponent’s serve during both of their first two service games, dominating the opening set. But Fokina fought back hard, breaking and then winning the tiebreak and taking it to a deciding set. Fokina, who was the winner of the Wimbledon junior event of 2017, immediately broke in the third set and added another two breaks, moving on to the next phase with only two more wins necessary to qualify for the tournament.

Jamaican-German Dustin Brown, who beat Rafael Nadal in Wimbledon during 2015, has advanced to the second qualifying round thanks to his victory over Denis Istomin, the second seeded for the qualifying tournament. The 34 year old is now set to take on Ecuadorian Emilio Gomez. Former world number five Tommy Robredo lost to 18-year-old Rudolf Molleker.