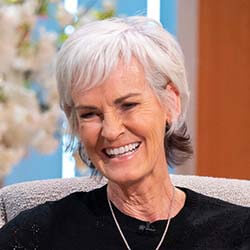 Judy Murray, who is the mother of tennis stars Andy and Jamie, has reportedly won a harrowing eight-year-long planning battle to build a £40 million tennis and golf complex just outside of Dunblane. Murray said the complex will represent a legacy for her two sons.

The complex was approved earlier this week after the Scottish government reversed a previous rejection passed by Stirling council. The plans for the development were rejected by council after it received more than 1,000 objections. The bulk of the objections were based on the likelihood of the complex destroying the green belt land and woodland of Park of Keir.

The decision on government’s part to overturn the rejection had been prompted by a realisation that the benefits of the scheme would sufficiently outweigh the loss of the green belt of land. According to Timothy Bain, the complex is likely to increase participation in both sports while also providing vital sports facilities to the surrounding communities. Bain also pointed to certain “economic benefits” in favour of the local area.

Murray welcomed the ruling this week, while saying that the complex will not only serve as a befitting legacy to the achievements of her sons, but also as a vital asset for the community. She said the complex will allow people of all ages and backgrounds to enjoy sport for many more generations to come.

But according to Scottish Green MSP Mark Russell, it is a decision that will completely destroy the Park of Keir, which is a historical landmark that has existed for many centuries.