Williams Expected To Return To Open

Return Of A Legend 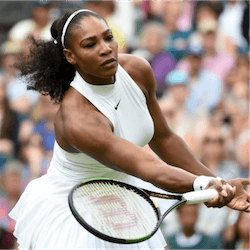 Serena Williams has made the announcement that we had all been waiting for: her intention to return to Grand Slam Tennis at none other than the 2018 Australian Open.  The announcement was made by Tournament Director Craig Tiley on Tuesday, when the proposed record prize money for the event was also revealed.

Tiley seemed excited at Williams’ return to defend her title, saying that Australian Tennis had a close relationship with Serena as well as with the rest of the Williams family.  Serena, aged 36, is the only player to have secured 23 Grand Slam titles in the Open era.  This includes the players in men’s tennis too.

Few people realise that Serena Williams was eight weeks pregnant when she secured the Australian Open title.  Williams has often said that playing The Open was a favourite event for her as she loved Australian summers.   Speaking to the press, she said that she was confident that she would be fit and ready to put up a show for her Australian fans.

The 2018 Australian Open will present players with a record-defying $55 million in total prize money – with the winners of the men’s and women’s divisions walking away with a whopping $4 million each.

Tiley went on to say that this kind of prize money had never before been offered in Grand Slam tennis, and that it reflected positively on the type of relationship that Australian Tennis fostered with players.

A Game For The Greats

The 2017 Australian Open generated astounding numbers in broadcasting viewership and 2018 is bound to outdo the stellar numbers.  Especially if Novak Djokovic, Andy Murray, Stan Wawrinka and Kei Nishikori manage to return in time from injury-furlough.  Not to mention seeing Roger Federer and Raphael Nadal go at it in a repeat-dual for the Australian title.

Federer said earlier on that winning the Australian Open was one of the ultimate highlights of his professional career.

Returning to home base, Australian player Nick Kyrgios is sure to be a top act at the 2018 Open.  Fellow Aussie Bernard Tomic will have to step it up a notch or hope for a wild card entry in order to become eligible to compete.