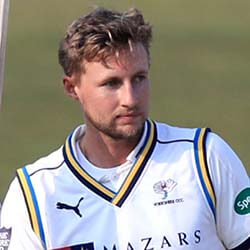 England captain Joe Root has once again reiterated that he never witnessed any racist behaviour during his time at Yorkshire cricket club.

Former teammate Azeem Rafiq recently told a parliamentary select committee that he had been “hurt” by Root’s insistence that no abuse had taken place at Headingly – or at least not to his knowledge. Rafiq furthermore said he found this strange and unusual due to Root having spent numerous nights out in the presence of Gary Ballance – the man Rafiq claims had called him the P-word.

Commenting on the unsavoury affair at his team’s pre-Ashes base in Brisbane, Root said he had reached out to Rafiq after the latter spoke to parliament in mid-November. He said the pair had exchanged a couple of messages and that they would likely get together after the upcoming tour to discuss the situation.

Root also said if his failure to remember the racist remarks had been a result of oversight, he’d be willing to learn from it. He also emphasised once again his stance on discrimination while referring back to how he had called out Shannon Gabriel on-field for the use of homophobic language back in 2019. The England captain said he had always challenged any sort of racism or discrimination and that he would continue to call out such things.

On the matter of the use of the word “Kevin” in reference to all people of colour in England’s own dressing room, Root said he was unable to comment as this formed part of an ongoing investigation.