Anticipation Ahead Of Upcoming Elections 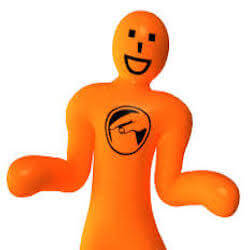 The country’s next general election is around the corner – with voting stations opening already on 11 September.  What initially promised to be a thing of no-contest has now taken quite a surprising turn – all in the form of the youngest leader in the history of the Labour Party: Jacinda Ardern.

The Conservatives were expected to win yet again (surprise, surprise) – but this is suddenly, and quite refreshingly – no longer a given.  A wave of support – quite aptly dubbed “Jacindamania” – is having quite the renewing effect on expectations that previously had been deemed set in stone.

It all started on August 1st of this year – with 37 year old Ardern, sans husband or children, being elevated all the way to the head of a party; an unprecedented move to say the very least.  Jacinda Ardern is making history as Labour’s youngest leader ever – and not nearly as dangerous to a party’s well-being when it comes to social media as a certain American.

It’s not a guessing game where she finds herself on key issues either – having earlier grabbed the attention of the global community by criticizing a television commentator’s question about whether an employer had the right to enquire about a woman’s plans to become pregnant in future.  Ardern slammed down strongly on this type of inquisitions, saying that it was a woman’s good right to decide about when – and if – she decides to have children.

Whatever else we admire about Ardern, her main accomplishment has been toppling the apple cart of expectation – one that saw the Conservative Party as a sure-fire victor for yet another year.  Since Ardern’s becoming known and in some cases even revered, the Labour Party’s share of the vote has increased by roughly twenty points.

Professor Andrew Geddis of the Law School at the University of Otago probably said it best by declaring that 2017 may finally bring around a real election.  In the last two elections it had been clear from the start that the National Party would be taking hold of the reigns yet again – but this year is shaping up to be a whole new ball-game altogether.

Going Through The Motions

Jacinda Ardern joined Parliament back in 2008, as a sitting member – and the youngest one, at that.  She has since become known for being accessible, approachable, unconventional – and quite ambitious.  And she has a very witty sense of humour to boot, recently saying to the press that the number of days left until the general elections represented a count-down in her personal diary that was akin to that of one that would announce Armageddon.

Armageddon or not – one is left with a distinct suspicion that 2017 marks the dawn of a brand new general elections era.

Jacindamania: When The Gamble Pays Off

An Unlikely Candidate Wins Election  What started out as a somewhat ill defined manifesto involving two very broad-based concepts of hope and change has come full circle with the election of Jacinda Ardern, officially New Zealand’s youngest Prime Minister in 150 years.   Merely three months ago Ardern was quoted as ….