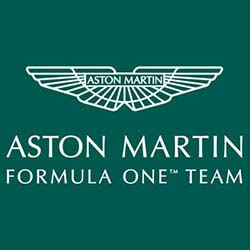 Aston Martin is making a return to Formula 1 racing for the first time in nearly 61 years. The team this week unveiled its new car in donned in livery of British green.

The British motor car manufacturer bid the sport farewell after it failed to score even a single point in the 1960 F1 season, but now returns to the grid boosted by new hope in the form of the signing of four-time F1 champion Sebastian Vettel. During his appearance as part of the new racing team’s online launch on Wednesday night, Vettel said he absolutely loved the history of Formula 1 racing, and that Aston Martin had been an important of that history. He said he was looking forward to getting the new car out on the track for the very first time.

Vettel will race alongside Canadian driver Lance Stroll, whose father last year acquired the team in a nearly US$1 billion takeover.

2021 will mark Sebastian Vettel becoming part of his fourth Formula 1 team. He said on Wednesday that although he’s raced for three previous teams, joining a new outfit always leaves invokes in him a sense of excitement.

When the new AMR21 Aston Martin car drives up to the starting lights at the season-opening GP in Bahrain on March 28, it will be the first time Aston Martin makes an appearance on the F1 grid since Maurice Trintignant and Roy Salvadori lined up for the start of the 1960 British Grand Prix.