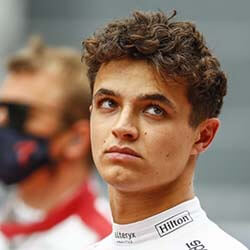 British-Belgian racing car driver Lando Norris has confirmed the signing of an extended deal with F1’s McLaren. According to the provisions of his extended contract, Norris will stay on with McLaren until the end of 2025.

Norris also revealed that he had been involved in talks with several other Formula One teams, but that after weighing up his options, such conversations came down to nothing more than “little chats”. He said his decision to stay with McLaren should send a clear message of where he really wants to be.

While the FIA has not yet revealed the outcome of its investigation of last year’s controversial Abu Dhabi finale, Red Bull Driver Max Verstappen says he’s very much looking forward to taking on Mercedes driver Lewis Hamilton for another world championship title.

Verstappen won the Formula One world championship title for the first time last year, and seems confident in the ability of his RB18 car to defend his title this year.

Last year’s finale meant a controversial finish for Verstappen and Hamilton following the intervention of race director Michael Masi. Social media is awash with furore right now after the release of radio messages between Red Bull sporting director Jonathan Wheatley and Masi during the final lap at Abu Dhabi.

New F1 racing regulations will this year ensure that no guarantees or advantages will be enjoyed by any team due to the competitiveness of a car. Norris, however, clearly believes in McLaren’s ability to outshine everybody else. The 22-year-old is now on the verge of his 4th season in the sport.