Bigger Audience Than Ever At Mexican GP 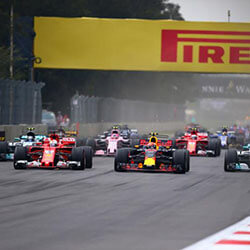 The Mexican Grand Prix is around the corner, and officials are expecting that it will be the biggest yet in terms of audience numbers. There will be twenty drivers from ten different teams attending the event, which is set to take place in Mexico City. Along with the main event itself, there will also be three practice sessions at the Autodromo Hermanos Rodriguez race track, followed by a qualifying event the next day.

Officials have reported that a high number of foreigners will be attending the event, with a large position of them coming down from the United States, which is the third-last of the season. They expect that United States fans will make up around 22% of the audience, which is an increase from 14.9% last year. They’ve also reported that local fans are going to decrease as compared to last year, with Mexicans making up 71% of the audience from the 79% of 2017.

Mercedes driver Lewis Hamilton is currently in the lead, and if he finishes anywhere within the top seven during the upcoming race in Mexico, he will earn his fifth Drivers Championship title of his career. Behind him is German Sebastian Vettel in second place, followed by Kimi Raikkonen in third place. Max Verstappen won the event last year for his team, Red Bull.

This year’s event will be the 20th edition of the Mexican Grand Prix, which was first held in 1962 before becoming an official race after 1963.