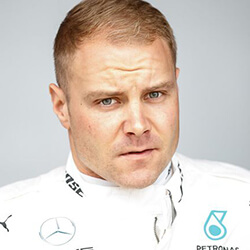 Mercedes driver Valtteri Bottas beat Ferrari’s Sebastian Vettel by 0.027 seconds during their second practice at the Chinese Grand Prix. Max Verstappen of Red Bull came in third fastest, with 0.221 seconds off of the lead despite running wide on the last corner.

Lewis Hamilton of Mercedes took fourth place, 0.707 seconds off, while McLaren’s Carlos Sains and Renault’s Nico Hulkenburg made it to five times in the top six. Charles Leclerc took seventh place after having some issues with his quick laps. Leclerc split the McLaren, while British newcomer Lando Norris claiming eight pace, which was ahead of Red Bull’s Pierre Gasly and Renault’s Daniel Ricciardo.

Vettel’s 0.801-second advantage over Hamilton is what the German needed after the Bahrain Grand Prix, where Leclerc dominated most of the race, and was set to claim his maiden victory before engine troubles late in the race removed his chance, and he was unable to match Vettel in their latest simulations. His performance at Bahrain also raised some questions regarding Ferrari’s policy of favouring Vettel in marginal calls when the season first started.

Team boss Mattia Binotto has stated that Vettel remained the priority for the team, stating that if there was ever a 50-50 situation where they were forced to make a choice, they would have to give the advantage to Sebastian simply because the German driver has got most of the experience of the teams that are participating in professional Formula 1 racing.