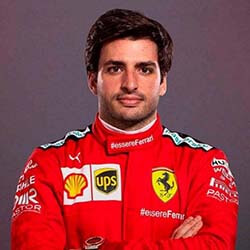 Formula 1’s refusal to allow Ferrari’s Carlos Sainz to take part in the upcoming post-season test in Abu Dhabi is considered by many to be proof once again of the FIA’s inconsistency when applying the rules of the sport.

The test, which was originally created for young drivers who had competed in two GPs or less, will despite the restriction see two-time Grand Prix World Champion Fernando Alonso competing for team Renault.

The rule states that the sole purpose of the test is to provide young drivers with an opportunity to drive a current Formula 1 car. It does however state that permissions to participate will remain subject to the approval of the FIA. That Renault have been lobbying for the inclusion of the 39-year-old Alonso, who over the span of his career has won thirty two grand prix events, seems to be creating even more irritation among rival teams.

An explanatory note issued earlier this week by FIA race director Michael Masi, and seen by several prominent sports news broadcasters, clarifies the rule as making provision for the participation of drivers with fewer than two F1 races on record, and at the same time being subject to the condition that they should not have competed in any official Formula 1 race part of the 2020 season.

In addition to Alfonso’s inclusion, the FIA has reportedly also made an exception for both Sebastien Buemi and Robert Kubica, who drive for Red Bull and Alfa Romeo, respectively.