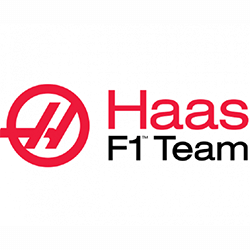 Haas has confirmed to reporters that they will not be taking part in the two day Formula 1 test that is scheduled to take place ahead of the Hungarian Grand Prix.

The test race, which is to be the last test of the current in-season of the year, will be taking place at Hungaroring, and will be held two weeks ahead of the summer shutdown.

Team Haas has announced that they decided to skip the event altogether, and have instead chosen to remain at their base on the eve of the summer break. Gunther Steiner, team principal, made a number of references as to their decision not to participate, with one being because of the five races that they had run in the six weeks prior.

Steiner told reporters that the Haas team is using the time to analyse data that it had received from the Pirelli test that took place at Silverstone, instead of participating in the F1 test. They also intend to further analysis on previous grand Prix events, as well as their simulation programs.

He went on to say that the data that has been gathered so far from the drivers and the races is directly applicable to this year’s Hungarian Grand Prix. They also intend to use all their collected data from the last six weeks to improve the driving styles in their cars, and that the extra time will allow them to make adjustments to their cars at a factory level.