Kiwi Brendon Hartley To Race In US F1 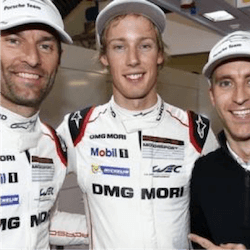 It’s official: Kiwi driver Brendon Hartley will be making his Formula 1 Grand Prix debut at the Formula 1 US Grand Prix.  It was announced on Friday that Harley would be the replacement driver for Toro Rosso’s Pierre Gasly.

The 27 year old New Zealander said that he was ready for the challenge of F1 despite having been dropped from the Red Bull junior team back in 2010.  He believes that the experience acquired at Porche’s 919 Hybrid programme would end up proving invaluable to his career, including the challenge ahead of him in Austin.

Speaking to the press, Hartley said that despite his having but a week to prepare for the weekend’s F1 event, he was ready and able thanks to having worked with a team who was at the forefront of technology at Porche.  He said that he had grown a lot as a driver.

Hartley will be driving a single seater for the first time since 2011 and if you are keen to back him, or any other driver you can do so online at Crownbet.

Fernando Alonso To Sport Indy Colours At US F1

In other US F1 news, Fernando Alonso has announced that he will be racing at Austin in his official Indy 500 colours of black, red and yellow.  Alonso earlier this year made for the motor-racing story of interest of the year when he pitched up to race at the Indy 500 after having gained special permission to do so on the back of Honda’s slow start to this year’s F1 season.

Mid-season changes to colours and helmets were banned by F1’s governing authorities in 2014, so as to help fans to better identify drivers and teams.  The rule has however been relaxed a tad since, allowing for small changes to be made and at least one race of the season to be driven in the colours and helmet design of the driver’s own choice.

Alonso’s F1 future for next year is mainly undecided as of yet.  There have been rumours of McLaren having included him on their grid for the coming season and what with their having dropped Honda in favour of Renault, he is bound to accept the offer, should one in fact have been made.

Meanwhile Honda has made an announcement of their own regarding the 2018 Formula 1 season.  The manufacturer has said that it was confident that it would be in a position to successfully resolve its reliability issues in time for the new racing season.  Honda has been struggling with the same issues for the last 3 years in an attempt to keep up with other power unit manufacturers.