Leclerc On The Hungarian Grand Prix 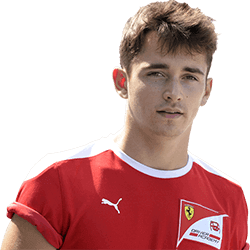 Charles Leclerc, who drives for Sauber, is aiming to start within the top ten at the Hungarian Grand Prix, which would be the third time in a row that the driver would start in a leading position. Leclerc has also told reporters that he’s hoping that the strong performances him and his team have displayed at previous races will continue for the rest of the season.

His determination has paid off in previous races, where he was able to finish inside the top ten in 5 of the 11 events that he has participated so far in this season. His streak was sullied slightly during the Germany Grand Prix after a bad tyre call caused him to lose time during the race.

The Ferrari Driver Academy driver told reporters that he has fond memories of his time at the Hungaroring when he was still a junior.

He stated he’s looking forward to the Grand Prix in Hungary, and that Budapest is a great city, and that he enjoys spending time there. He went on to say that he’s glad to be racing at Hungaroring once again. And that despite the track being technically difficult and different to other tracks from this season, he’s looking forward to all the possibilities that the track offers.

Leclerc is set to miss the FP1, and Antonio Giovinazzi will be taking his spot for the practice session, but will be back for the post-race test alongside teammate Marcus Ericsson.