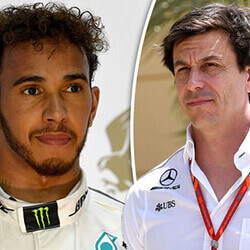 Mercedes team principal, Toto Wolff, has told reporters that Lewis Hamilton has assured his team that he is confident in them. This comes after news that Hamilton has been permanently retired from the Austrian Grand Prix, and his first retirement in a career of 34 races. While the retirement was a blow to Hamilton, marking his first retirement from a racing event, Wolff said that the Briton was ready for the British Grand Prix that is set to be taking place in the next week.

Red Bull’s Max Verstappen saw ultimate victory at the Austrian Grand Prix, but Hamilton’s hopes at becoming champion were dashed during his participation in Spielberg. The racer was forced to retire from the race on the 63rd lap due to a fuel pressure problem. His long-time rival, Ferrari’s Sebastian Vettel, came in third, and gained a 15-point swing in his favour, allowing him to take the lead from Hamilton.

For most of the Austrian Grand Prix, Hamilton’s victory was all but assured as the driver had been leading the pack during the start of the event. Mercedes, however, made the error of failing to pit Hamilton, forcing him to lose his position in the track when he did have to stop, which saw him drop back to fourth place. In a bid to regain his lost ground, Hamilton overworked the tyres on his car, which once again forced him back into the pit to sort out the damage to the vehicle.