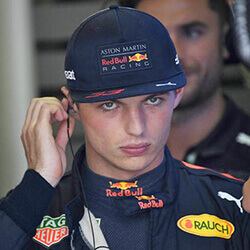 Max Verstappen, driver for Red Bull, has apologised to fans on Instagram after an expletive outburst during the Hungarian Grand Prix. The driver, 20, swore on a broadcasted radio transmission a number of times after his car broke down. The reason for the breakdown is cited as engine failure, but that didn’t stop the Dutchman from taking to the radio to vent his frustrations.

The failure of his Renault engine meant that Verstappen was forced to back out of 5th place early in the race, pushing him and his team far behind, which came as a serious blow after an otherwise successful season.

Some time after the rant, Verstappen took to social media site Instagram to apologise and explain his outburst. In the message, he explains that emotions were running high after the engine failure, and that him and the Red Bull team were disappointed. He added further that the frustrations hit a boiling point after another engine failure, which has not been the first one that the team has suffered in the last few years.

The failure at the Hungarian Grand Prix comes not longer after teammate Daniel Ricciardo suffered engine problems during a race in Germany. Red Bull and Renault partnered up in 2010, and have been through four drivers’ and constructor’s championships since, but their relationship has been deteriorating since.

Before the start of last month’s French Grand Prix, Red Bull announced their departure from their partnership from Renault, and will instead turn to Honda.