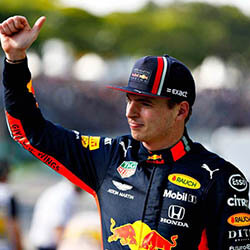 Max Verstappen of Red Bull pushed passed Lewis Hamilton twice to eventually take a thrilling victory for the Brazilian Grand Prix. Behind him, the race had developed into an exciting finale as Sebastian Vettel and Charles collided while fighting over fourth place. Hamilton had then collided with Red Bull’s Alexander Albon, while Toro Rosso’s Pierre Gasly had held off Mercedes for a chance at second place on the line.

It had been a dramatic end to one of the most action-packed races so far this season, with Verstappen remarking afterwards that he had loved it. Hamilton received the blame for his collision with Albon, and received a 5 second penalty after the race, which has seen him demoted to seventh place on the leaderboard. Carlos Sainz has been promoted to third, which has given McLaren a first podium finish since the Australian Grand Prix of 2014, which was 118 races ago. Verstappen was the ultimate winner in a race where he controlled most of the track, while Hamilton and Mercedes had an otherwise difficult time on the track.

The crash involving Hamilton saw the British driver being pitted while he received a fresh batch of tyres in a bid to close the gap for the final laps. The race had restarted with only two laps left, and during his haste to get ahead of both Gasly and Albon, Hamilton collided with the latter at Bico De Pato, meaning Hamilton was unable to catch up again.