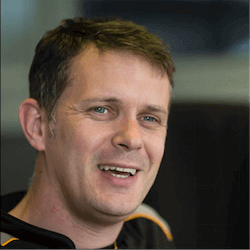 McLaren GT boss Andrew Kirkaldy was full of praise for Scott McLaughlin after a gruelling 12-hour stellar performance in last weekend’s Bathurst 12 Hour race. The Kiwi finished in 11th place overall, only hampered slightly by a radio problem early on during the race, which resulted in him and his co-drivers having dropped two laps.

It was the very first time that McLaughlin had actually driven a GT3 and he absolutely rocked the experience, producing faster times than Shane van Gisbergen in the 650S during qualifying rounds as well as the top 10 shootout.

McLaughlin has said that he was eager to be able to get behind the racing wheel of a GT once more, but for him the priority and emphasis was now on winning the Supercars title. Any other racing taken on by McLaughlin at this stage would have to be approved by the powers that be at DJR Team Penske.

Van Gisbergen’s schedule is more flexible than that of McLaughlin, and he will most probably race for McLaren again between the Supercars rounds in Ipswich and Sydney.

Mostert Not So Lucky

Chaz Mostert’s bid for victory in the 12 Hour race wasn’t quite as momentous as that of McLaughlin. Mostert’s attempt ended in a multi-car accident at Forrest’s Elbow. At the time, Mostert was in fifth place overall with two and a half hours remaining on the clock. Mostert was gunning for third between Steven Kane and Kevin Estre when disaster struck as the speeding trio approached two backmarkers. Mostert’s BMW made contact with Estre’s Porche, which resulted in Mostert being catapulted full on into the Porche as well as Kane’s Bentley.

The 2014 Bathurst winner had no other option but to make his way back to the garage, his M6 in tow.

Mostert said after the race that it had been a very disappointing experience as the car had delivered a superb performance throughout the race. This will be the second year in a row that Mostert wasn’t able to finish the race.

Mostert At Fault According to Smith, Estre