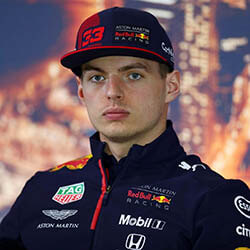 Red Bull driving ace Max Verstappen this week pulled of what has got to be the performance disrupt of the Formula One season when he beat Merc driver Lewis Hamilton to a 70th Grand Prix Anniversary race victory.

Crossing the Silverstone finish line an incredible 11.3 seconds ahead of Hamilton, Verstappen secured a sure and significant victory over his number one rival. Mercedes driver and Hamilton teammate Valtteri Bottas came in third.

Commenting on his 9th F1 career win, Verstappen said even though he could sense a great deal of pace in the car and a definite improvement in the performance of the tyres, he didn’t see a loose-hands victory coming. He seemed glowingly happy with the result and described it as “incredible”.

What makes Verstappen and team Red Bull’s unexpected victory over Mercedes even more out of the blue and pleasantly surprising, is the fact that Mercedes had all throughout the entire build-up to the race been the firm favourites to cruise to a 5th win form as many season rounds. The fact that both Hamilton and teammate Valtteri Bottas had experienced difficulties with their tyres had obviously helped pave the way for a Red Bull victory.

Hamilton, who was recently heard accusing F1 of purposefully trying to slow Mercedes down, offered not much more than a fleeting word of acknowledgement in the direction of Verstappen. Describing the race as challenging, Hamilton was quick to blame his poor performance on having had experienced certain “problems” not shared by Verstappen.