The Run Up To The World Series 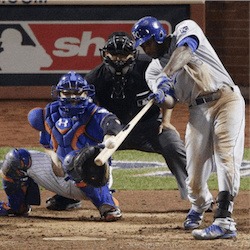 This year’s Baseball World Series will be the 113th edition of the world championships event and will continue on the premise of a best of seven playoff between the National League champion and the American League champion.  This year has seen many key developments in the run up to the World Series, the most notable ranging from The Dodgers having gone through ecstatic highs as well as dismal lows in order to secure a berth in the early playoffs to the Indians managing to chain together no less than 22 consecutive wins – effectively the longest winning streak in all of 100 years.

Hot on the heels of the playoff-bound clubs are the Yankees as well as the defending world champions Chicago Cubs.

The last day of this year’s regular season will be October 1st, with the playoffs set to get underway on October 3rd.  The World Series will officially commence on October 24th and will consist of the traditional seven game series culminating in the crowning of the 2017 World Champion.

1994 saw the first of the inclusion of two wild-card teams from each league in the playoffs.  Whoever finishes atop the wild card standings of the American League and the National League respectively, will have the opportunity to play against one another in order to make their way to the Division Series.

A wild-card team has gone on to win the World Series six times since the inclusion of the wild card system back in 1994.  The Marlins are the only team to have done so twice.

Talk Of The Town – That Winning Streak

Indians And Dodgers – Meet The Extremes

The Indians and the Dodgers are both making history – for quite the opposite reasons.  2017 certainly is a first as far as contenders playing simultaneous extremes go.  Yet, history has taught us more than just a few things about the unexpected turn of the tide. Indians fans would do well to stay rooted and by the same token, the Dodgers are not to lose heart just yet.

October is after all, a whole new game.

MLB Commissioner Bob Manfred on Wednesday pulled the plug on 93 more games. Manfred described the move as a final attempt to increase the pressure on locked out players and to preserve a full 162-game schedule for the new season. Manfred said in a statement that proposals had been made ….

Major League Baseball star Tommy Pham, who plays in the position of outfielder for the San Diego Padres, was admitted suffering from stab wounds to a hospital on Monday evening. Pham was reportedly stabbed in a violent disagreement that took place at a strip club in Southern California. The 32-year-old ….