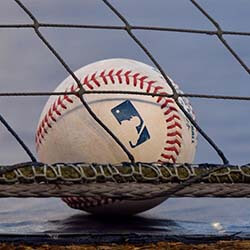 MLB Commissioner Bob Manfred on Wednesday pulled the plug on 93 more games. Manfred described the move as a final attempt to increase the pressure on locked out players and to preserve a full 162-game schedule for the new season.

Manfred said in a statement that proposals had been made in good faith in order to address those concerns voiced by the Major League Baseball Players’ Association (MLBPA). He also confirmed that two more series are being scrapped from the calendar, which means opening day is now postponed until April 14.

The MLB also said it would not be willing to make a counteroffer to its initial proposal made (and rejected) on July 28 last year. Players will first have to agree to the international draft, as well as to the MLB reopening its existing labour contract following the close of the 2024 season.

Manfred did however commend clubs on their having gone to great lengths to meet the demands made by the MLBPA. He said this made it even more regrettable that a deal has still not been made.

A proposal for an international draft would mean teams would rotate picking in altered quadrants during the first round over a period of four years. This will also mean the introduction of a slotting system similar to what had been agreed on at the start of the 2012 season for the amateur draft for players from Canada, the US, and Puerto Rico.

Major League Baseball star Tommy Pham, who plays in the position of outfielder for the San Diego Padres, was admitted suffering from stab wounds to a hospital on Monday evening. Pham was reportedly stabbed in a violent disagreement that took place at a strip club in Southern California. The 32-year-old ….

The Run Up To The World Series This year’s Baseball World Series will be the 113th edition of the world championships event and will continue on the premise of a best of seven playoff between the National League champion and the American League champion.  This year has seen many key ….