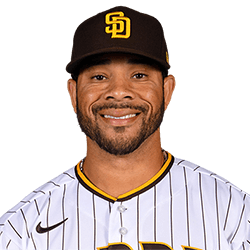 Major League Baseball star Tommy Pham, who plays in the position of outfielder for the San Diego Padres, was admitted suffering from stab wounds to a hospital on Monday evening. Pham was reportedly stabbed in a violent disagreement that took place at a strip club in Southern California.

The 32-year-old was reportedly not involved in the actual brawl at the time of the incident. Instead, he had merely asked two people arguing near to where his car was parked to move out of the way. So reports local newspaper the San Diego Union-Tribune.

The newspaper claims to have received the information regarding the incident directly from the police officers summoned to the scene of the stabbing. According to police information, the incident took place at 10:30 p.m. (local time) right outside California’s Pacers Showgirls International strip club.

Though none of his injuries turned out to be life-threatening, Pham apparently suffered a great deal of pain from having been stabbed in the lower-back. He was reportedly shortly following his admission to a local hospital confirmed to be in “good condition”. Police have in the meantime confirmed the status of the investigation as being ongoing.

The MLB star has in the meantime thanked the attending medical staff at UC San Diego Health by way of a statement. He described the stabbing incident as “eye-opening” and extremely traumatic but added that he anticipated being able to soon return to his off-season training regime.

Born to a Vietnamese father and African American mother, Pham and his twin sister were raised by their single mother in Las Vegas, Nevada.

MLB Commissioner Bob Manfred on Wednesday pulled the plug on 93 more games. Manfred described the move as a final attempt to increase the pressure on locked out players and to preserve a full 162-game schedule for the new season. Manfred said in a statement that proposals had been made ….

The Run Up To The World Series This year’s Baseball World Series will be the 113th edition of the world championships event and will continue on the premise of a best of seven playoff between the National League champion and the American League champion.  This year has seen many key ….