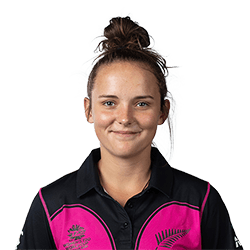 White Ferns all-rounder Amelia Kerr has withdrawn from her squad’s upcoming tour of England. Kerr has cited the reason behind her withdrawal as a need to put her mental health first.

In a statement released by New Zealand Cricket earlier this week, the star all-rounder says she absolutely loves representing her country while playing for the White Ferns. She adds that after a lot of consultation with her support network, she’s however realised putting her mental well-being first as being the right thing to do.

White Ferns coach Bob Carter has in the meantime thrown his voice of support behind Kerr’s decision to take a time-out, saying that the welfare of players is considered paramount by management – and especially so given the current environment. Carter described Kerr’s decision as one that required a great deal of courage.

Claudia Green and Jess McFadyen have in the meantime been called up to the UK tour by national selectors. Carter this week described both players to have earned their call-ups for national selection, while adding that both have done their bit at domestic level in order to grab the attention of selectors.

The White Ferns squad, including McFadyen and Green, are due to depart for the United Kingdom on August 13. The first T20 against England gets underway on September 2 in Chelmsford. Carter said he knows both new additions to the national squad will be pushing hard for inclusion into the official playing eleven.