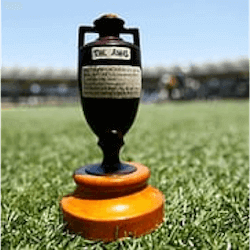 The 2017-2018 Ashes series kicks off in a little more than a week’s time on November 23rd, marking the coming together of Australia and England for the 70th time and the 35th time on home soil.  For England, the build-up to the first test hasn’t been a walk in the park what with the prevalence of injuries as well as dire fitness apprehensions.

One more warm-up game remains before the big one kicks off in Brisbane on Thursday and England would be well-advised to make the best of the final chance to prepare.  Players like Moeen Ali will prove vital for England’s hopes of getting anywhere against the Ashes.

It’s been an uncertain run-up for Moeen.  The player has been constantly battling a side-strain but has said that he is now fit and ready to play the final warm-up as well as make his mark going forward.  Moeen has also said that for him it was more than just a chance to play, but also an opportunity to move up into England’s top 5.

Moeen is said to have been ready to play tour’s opening match in Adelaide already, but it was decided that he should be rested as an extra precaution ahead of the final warm-up and the big day on November 23rd.

Moeen, in turn, expects to become prime target for the Ashes.  Finger-spin bowling is ill-suited when pitted against the Aussies but Moeen believes that he has grown considerably as a bowler since the 2015 test against the Ashes.  He has said that he views the inevitable coming after him as an opportunity to do even better.

Aussies Hoping For A Miss?

Whilst England is pre-empting a focused attack on Moeen, Australia is fighting a much more primal fight altogether: filling positions.  The Ashes are now into the third round of the Sheffield Shield matches and players are, if anything, seemingly trying to dodge selection instead of making the cut.

Opening batsman Matt Renshaw comes to mind.  The 21 year-old has managed to go at it in 9 first class innings without realising a half-century.  Glen Maxwell and Matthew Wade have also failed to impress.  There is hope yet in the way of Cameron Bancroft.  The Western Australian opener appears to be readying and pacing his timing to a T.  Whether a one out of four success-story will be sufficient to see the Ashes through is an altogether different question.

The final warm-up on Wednesday should provide a pretty good idea and give punters plenty of opportunity to get their wagers in online at Sportsbet.