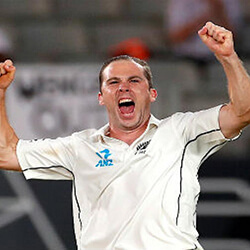 Todd Astle, the Kiwi leg-spinner, will not be available for the New Zealand A’s First-Class Series against India A. He will be shifting his focus to white-ball cricket instead.

The 33-year old player, who made his Test debut in 2012, has played just five Tests in the last eight years, his last being in a match against Australia in Sydney in January 2020. In these five appearances, he managed seven wickets at 52.57 and scored 98 runs at 19.60.

Astle has stated that he’s been finding it difficult to keep up with the demanding preparations that are part and parcel of the red-ball game format. He’s said that while Test Cricket has always been the dream, and he’s deeply honoured to represent his province and country in it, participating takes massive amounts of time and effort. He says that, reaching the back end of his career, he’s finding more of a challenge to maintain the level of commitment that’s necessary if you’re going to be fully invested in this version of Cricket.

He spoke of being proud of what he’s managed to achieve with the Black Caps and Canterbury and said that having the chance to play a Test against the Australians at the SCG is something he will never forget. In total, Astle has played nine One-Day-Internationals and three Twenty20 Internationals for New Zealand. But, he said, he was now focussing all his energy onto white-ball Cricket so he can spend more time with his young family and find space for his new business.