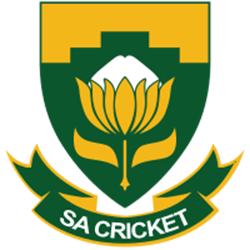 A disappointing batting performance meant the Proteas suffered a 46-run loss in their second and last official ICC Women’s World T20 warm-up match against Australia in Guyana. South Africa were restricted to 84/9 by the time their allotted overs had come to an end, and chased the South Star’s 130/4 after the former T20 champions won the toss and elected to bat.

Chloe Tryong of the Proteas was the team’s top scorer for the first part of the match, taking 14 from 10, followed by Mignon du Preez’s 13 off 18, and Sune Luus’ 11 off 22. None of the others in the line managed to claim double figures as Laura Wolfvaardt and Lizelle Lee both opened and were dismissed for an eight and a duck respectively. Marizanne Sapp and Robyn Searle rounded off with scores of seven and nine respectively, leaving the team in a bad way, and making it that much more difficult for the batters that followed.

Shabnim Ismail and Kapp got their team off to a good start earlier in the match, taking the first three Australian wickets within the first three overs. They were sitting at 38.4 after 11 overs as Sune Luus chipped in and bowled Nicola Carey for 11.

Lansing entered at number 5 and left unbeaten for 65 from 51 delivers. Rachel Haynes batted themselves to a respectable total by the end.

South Africa is now set to face Sri Lanka for the opening match of the official tournament.