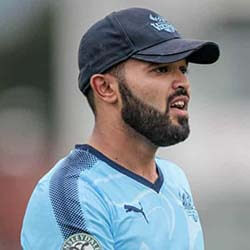 Former Headingley cricketer Azeem Rafiq is accusing Yorkshire of trying to protect those players who racially abused him during his two spells with the club.  This after the club refused to make public its report following a formal investigation into his allegations.

Yorkshire has however in the meantime admitted that Rafiq had suffered racial harassment during his time playing for the county. The admission statement was made last month, during which time chairman Roger Hutton apologised to the player as well as to his family.

Rafiq has now said that he wasn’t expecting that a statement would be made so soon, and that as such, he hasn’t been ready with a reply until now. He on Thursday lashed out at the county, saying he found it unacceptable that he’s still not been provided with the full report.

According to a previous admission by the county, three separate incidents of racism and racist bullying by former players had been identified. The club also conceded to a former coach having regularly made use of racist language, along with that of a former player having made reference to Rafiq’s weight and fitness levels. All of this amounted to severe bullying, said the county.

A spokesperson for Rafiq said this week that commenting on the report wasn’t possible because of the fact that the full report has not yet been made publicly known. The spokesperson said he believed the county to be protecting the evildoers with its lack of transparency.