Ball-Tampering and Why It’s Viewed So Harshly 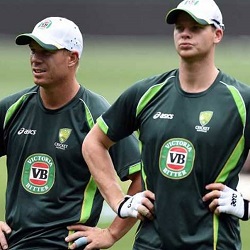 What is ball-tampering? It’s a Level Two offence, of which Steve Smith and Cameron Bancroft were found guilty, and is very serious. There are four levels under the International Cricket Council, ICC, Code of Conduct, which are guided by a cricket committee that includes previous players and umpiring reps, with four being the worst.

Ball-tampering often ends up with a team being able to make use of reverse swing, where the ball is able to move through the air at high speed towards the batsman, and may happen far more frequently than people think.

David Warner stated that he would be very saddened if an Australian team member did that, adding that the rules were in place for a reason, and, if they weren’t going to be used, what was the point of having them? He didn’t say it recently -it was actually a remark he made in 2016, when commenting about South Africa’s captain Faf du Plessis getting a fine for tampering with the ball in a Test between the two sides.

16 months is a long time in the cricket world, and Warner has stood down as the vice-captain for the Australians before the last day’s play in Cape Town. This is thanks to his being a part of the leadership group that made the decision to alter the ball on Saturday afternoon.

Warner’s comments are now ironic, but are also an insight into why the Australian team’s actions have been so viciously condemned. Their behaviour calls into question the integrity of not just the squad, but the whole of Cricket Australia.