Ben Stokes Is Back In The Cricket Game 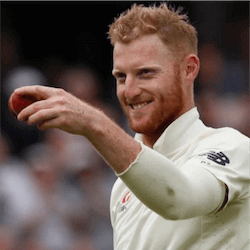 Ben Stokes Finally Back In The Game

English cricket all rounder Ben Stokes has been cleared to rejoin the English cricket team as they head for New Zealand next month to resume the Twenty20 tri-series, also including Australia.  England will also compete in a five-match ODI Series as well as two test-series in New Zealand.  Stokes’ return match is expected to be a match against New Zealand which will be played in Wellington on February 13th.

Stokes was elated after having received the good news on Wednesday.  Stokes was suspended from playing for England following an incident at a Bristol night club in September.  The englishman was charged with the intention to cause actual bodily harm, but the charge was withdrawn and a lesser charge of affray has now been instituted.

The institution of a lesser charge was presumably what had served to soften the ECB’s stance against Stokes.  The decision to allow Stokes to play was made on Wednesday after a series of lengthy teleconference calls with chairman Colin Graves.  Graves is currently vacationing in New Zealand.  The fourteen members of the board had been in disagreement regarding the way forward up until that point.  Legal advice suggested that the board could ultimately face legal proceedings as a result of contravening restraint of trade, should Stokes decide to go that route.  This is presumably what led to the final outcome of the decision.

Apart from possible legal ramifications, Stokes is a very popular member of the english cricket team and enjoyed the ongoing support of coach Trevor Bayliss as well as captain Joe Root throughout the duration of the process.

Stokes: It’s An Honour To Play For England

For Stokes, the news could not have come at a better time.  The all-rounder is desperate to make up for lost time, especially considering the dismal performance by the english squad during the recent Ashes Series.  Stokes is a valuable member of the team and will most definitely take a lot of the pressure off for Bayliss, not only as a player but also as a mood-lifter.  Stokes is well known for seeing the humour in any situation and imparting the good mood on others.

The englishman has said that there is no greater honour than to put on the english shirt and play for his country. He also said that he could not wait to get back onto the pitch and experience the pride of giving it your all for your country.