Ben Stokes Happy To Be Back In Squad 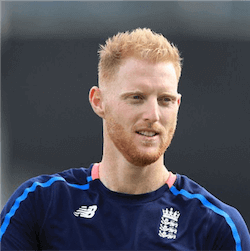 Ben Stokes Happy To Be Back

Kiwi-born England all-rounder Ben Stokes has expressed his heartfelt gratitude at being able to play cricket for England once more. Stokes on Wednesday went all out as England thumped New Zealand in Maunganui, evening the score of their five-match ODI series at 1-1.

It was only Stokes’ second match back playing for England after his suspension last year. Stokes reports that he felt very emotional following the victory by England. The fact that he left the field being Man of the Match no doubt sealed the deal on a perfect day. Stokes smashed out an unbeaten 63 run tally with the bat as well as taking two wickets and featuring in two run-outs.

Stokes said after the match that he thought that it was the fielding that had made all the difference for England and that the English had put on a commanding performance in setting the tone. There was notable relief and happiness following the win and a definite unspoken hope that the tide had now turned for England.

Watching From The Side-Lines

Stokes’ suspension had him watching a very frustrating Ashes Series from the couch, an experience he has described as a particularly annoying one. Stokes said that this was part of what egged him on to continue to train during his time away from the game. He said that he had made a decision that when the time came that he was allowed to play again, it would not be a matter of having to ease back into the team, but that he would be physically prepared to continue where he left off.

Stokes went on to say that it had not been a difficult re-integration at all, but that he was a bit sore after his first day back. He said that the second day back was daunting as he had been stiff and sore following the first stint. It was to be expected though, as there is nothing quite like the adrenaline and intensity of match overs, especially after having been out of the game for a while.