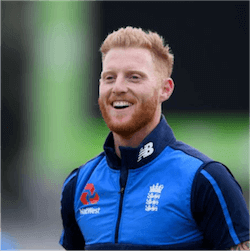 Selecting Ben Stokes to re-join the English cricket team in New Zealand with the promise of being able to play, is a mistake. This according to former team skipper Mike Atherton. Atherton is very adamant about the fact that the all-rounder, who has been charged with affray following the Bristol nightclub incident of last year, should not have been allowed to step back into his international career with the seemingly instant blessing of the ECB, as if he’d never left in the first place.

Atherton said that misdemeanours obviously vary in seriousness, however, allowing Stokes to play immediately after having missed out on the entire Ashes Series, conveyed a very dangerous message to other international players; one that clearly proclaims that if you play well enough, anything else goes.

Atherton referred to the decision by the ECB as being expedient and extremely feeble.

It must also be said that there hasn’t been much opposition raised from any other resorts concerning the invitation extended to Stokes to re-join the team. Stokes will most probably not participate in any of the Twenty20 games, but will most likely join the team for the One Day International matches against New Zealand.

Atherton has stressed that playing for England was an honour when it was bestowed on a player and not a right to be demanded simply because you played well. He went on to say that it was a matter of adding insult to injury to be sending Stokes to New Zealand for the re-entry process, as Stokes was born and part-raised in Christchurch.

The biggest contributing factor, one that most probably forced the hand of the ECB’s decision more than anything else, was the probability of legal action and being challenged by Stokes on the grounds of a restriction of trade. The ECB simply does not have an appetite for either the costs involved or the harm to public relations in general.

Atherton vehemently disagrees with the common opinion that Stokes could have instituted damaging legal action as, according to Atherton, Stokes remained on full pay for the duration of the investigation and exclusion from international cricket. There was therefore no loss of income suffered on the part of Stokes and ultimately no reason to be suing the ECB.

Atherton describes the ECB’s decision as one that wasn’t properly thought through and given to a string of irresponsible and hasty actions.