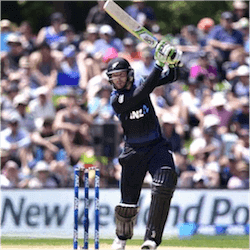 Making Ends Meet – But Only Just

A remuneration survey has shown that New Zealand is coming in last on the payment scale, despite being every bit on par with Australia, India and England on the field.  The dispute between Cricket Australia and the Australian Cricketers’ Association has caused a great deal of uncertainty with regards to future earnings by Australian players, but as soon as a new deal is brokered, their international players will still be batting sixes compared to New Zealand’s fours on the pay scale.

England seems to be getting it right as far as salaries go – players listed as having collected in excess of $1,400,000.00 on average for their participation in T20 Internationals, Tests and One-Day matches.

Team Australia, the world’s second best one-day team, are not lagging too far behind England on the pay scale, averaging at $1.06m for a similar feat to that achieved by the Brits.  Australia’s players – and it must be mentioned that reference is made to both male and female players here – are bound to see a sizeable increase in overall income under the next MOU, if the current proposal before the ACA gets the thumbs up.

Chief executive James Sutherland has said that there seems to be no other alternative but to take the payment dispute between Cricket Australia and the Australian Cricketers’ Association to arbitration – especially if no agreement is reached by the end of the first week in August.

This on the back of Australia’s elite having been effectively unemployed since June 30, 2017 – and the added negative ripple effect of the A Tour to South Africa having been cancelled as a result of failure to resolve the disputes.

The impasse is now threatening to do the same for the upcoming tour to Bangladesh – something that really should be avoided at all cost, especially when considering that the effects could be felt as far into the future as the Ashes series set to take place at the end of the year.

Sutherland went on to say that arbitration seemed to be the only logical move at this stage – and about the only hope to save Bangladesh.  Arbitration would enable players to be contracted on a short-term basis with immediate effect.

All in all, taking into account the badly dated financial situation endured by the Black Caps, the Aussies may have discovered the only viable way to retain the talking stick and have their say in money matters.