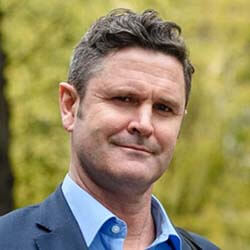 The latest development in the Chris Cairns medical drama is that the former Black Caps star all-rounder now faces an extensive road to recovery along with paralysis in both his legs. The 51-year-old is reportedly out of immediate danger after suffering a devastating stroke in his spine early in August. And while he’s managed to return home to Canberra after major heart surgery in Sydney, his situation remains highly volatile.

A statement issued this week by Cairns’ lawyer, Aaron Lloyd, confirms the latest developments regarding the former cricketer’s health. According to the information provided, Cairns suffered the stroke in his spine during life-saving emergency open heart surgery – which injury has now led to the aforementioned paralysis of his legs.

The road ahead involves an extensive rehabilitation process about to take place at an Australian hospital specialising in spinal injury.

The statement furthermore goes on to thank the public for their support offered to the family during a particularly difficult time of challenges and uncertainty. The family also express their gratitude for the respect they’ve received in terms of their privacy.

Upon transfer to Sydney on August 11, Cairns’ status was described as “serious” but in a stable condition. He was eventually taken off life support late last week.

Cairns is the son of another former Test player – Lance Cairns. The younger gun played a total of 62 Test matches and 215 ODIs during his time playing for New Zealand between 1989 and 2006.

Cairns Jr. is married to wife Melanie and the couple live in Canberra with their two children.